But because she is a cat, she is also uncooperative. So the moment I downloaded MeowTalk Cat Translator, a mobile app that promised to convert Momo’s meows into plain English, she clammed right up. For two days I tried, and failed, to solicit a sound.

On Day 3, out of desperation, I decided to pick her up while she was wolfing down her dinner, an interruption guaranteed to elicit a howl of protest. Right on cue, Momo wailed. The app processed the sound, then played an advertisement for Sara Lee, then rendered a translation: “I’m happy!”

I was dubious. But MeowTalk provided a more plausible translation about a week later, when I returned from a four-day trip. Upon seeing me, Momo meowed and then purred. “Nice to see you,” the app translated. Then: “Let me rest.” (The ads disappeared after I upgraded to a premium account.)

The urge to converse with animals is age-old, long predating the time when smartphones became our best friends. Scientists have taught sign language to great apes, chatted with grey parrots and even tried to teach English to bottlenose dolphins. Pets — with which we share our homes but not a common language — are particularly tempting targets. My TikTok feed brims with videos of Bunny, a sheepadoodle who has learned to press sound buttons that play prerecorded phrases like “outside,” “scritches” and “love you.”

MeowTalk is the product of a growing interest in enlisting additional intelligences — machine-learning algorithms — to decode animal communication. The idea is not as far-fetched as it may seem. For example, machine-learning systems, which are able to extract patterns from large data sets, can distinguish between the squeaks that rodents make when they are happy and those that they emit when they are in distress.

Applying the same advances to our creature companions has obvious appeal.

“We’re trying to understand what cats are saying and give them a voice” Javier Sanchez, a founder of MeowTalk, said. “We want to use this to help people build better and stronger relationships with their cats,” he added.

To me, an animal lover in a three-species household — Momo the cranky cat begrudgingly shares space with Watson the overeager dog — the idea of a pet translation app was tantalizing. But even MeowTalk’s creators acknowledge that there are still a few kinks to work out.

A meow contains multitudes. In the best of feline times — say, when a cat is being fed — meows tend to be short and high-pitched and have rising intonations, according to one recent study, which has not yet been published in a scientific journal. But in the worst of times (trapped in a cat carrier), cats generally make their distress known with long, low-pitched meows that have falling intonations.

“They tend to use different types of melody in their meows when they try to signal different things,” said Susanne Schötz, a phonetician at Lund University in Sweden who led the study as part of a research project called Meowsic.

And in a 2019 study, Stavros Ntalampiras, a computer scientist at the University of Milan, demonstrated that algorithms could automatically distinguish between the meows that cats made in three situations: when they were being brushed, while waiting for food or after being left alone in a strange environment.

MeowTalk, whose founders enlisted Dr. Ntalampiras after the study appeared, expands on this research, using algorithms to identify cat vocalizations made in a variety of contexts.

The app detects and analyzes cat utterances in real-time, assigning each one a broadly defined “intent,” such as happy, resting, hunting or “mating call.” It then displays a conversational, plain English “translation” of whatever intent it detects, such as Momo’s beleaguered “Let me rest.” (Oddly, none of these translations appear to include “I will chew off your leg if you do not feed me this instant.”)

MeowTalk uses the sounds it collects to refine its algorithms and improve its performance, the founders said, and pet owners can provide in-the-moment feedback if the app gets it wrong.

In 2021, MeowTalk researchers reported that the software could distinguish among nine intents with 90 percent accuracy overall. But the app was better at identifying some than others, not infrequently confusing “happy” and “pain,” according to the results.

And assessing the accuracy of a cat translation app is tricky, said Sergei Dreizin, a MeowTalk founder. “It’s assuming that you actually know what your cat wants,” he said.

I found that the app was, as advertised, especially good at detecting purring. (Then again, so am I.) But it’s much harder to determine what the calls in each category mean — if they carry a consistent meaning at all — without actually having a way of, you know, communicating with cats. (Cat-ch-22?)

After all, the precise purpose of purring, which cats do in a wide variety of situations, remains elusive. MeowTalk, however, interprets purrs as “resting.”

At times I found MeowTalk’s grab-bag of conversational translations unsettling. In one moment, Momo sounded like a college acquaintance responding to a tossed-off text message: “Just chilling!” In another, she became a Victorian heroine: “My love, I’m here!” (This spurred my fiancé to begin addressing the cat as “my love,” which was also unsettling.) One afternoon I hoisted Momo off the floor and, when she mewed, glanced at my phone: “Hey baby, let’s go somewhere private!”

“A lot of translations are kind of creatively presented to the user,” Dr. Ntalampiras said. “It’s not pure science at this stage.”

Dr. Schötz said that over the years she had seen several cat translation products, but that she had yet to find one that truly impressed her. “I’m looking forward to seeing something that really works, because that would be just brilliant,” she said.

In the meantime, Mr. Sanchez said he had also heard from users who had found an unexpected use for the app, which stores recordings of the meows it captures: listening to these recordings after their animal had died. It’s a “very magical experience,” he said.

Dogs could soon have their own day. Zoolingua, a start-up based in Arizona, is hoping to create an A.I.-powered dog translator that will analyze canine vocalizations and body language.

Dog owners have been overwhelmingly enthusiastic about the concept, said Con Slobodchikoff, the founder and chief executive of Zoolingua, who spent much of his academic career studying prairie dog communication. “Good communication between you and your dog means having a great relationship with your dog,” he said. “And a lot of people want a great relationship with their dog.”

(But not everyone, he added: “One small minority says, ‘I don’t think that I really want to know what my dog is trying to communicate to me because maybe my dog doesn’t like me.’”)

Still, even sophisticated algorithms may miss critical real-world context and cues, said Alexandra Horowitz, an expert on dog cognition at Barnard College. For instance, much of canine behavior is driven by scent. “How is that going to be translated, when we don’t know the extent of it ourselves?” Dr. Horowitz said in an email.

The desire to understand what animals are “saying,” however, does not seem likely to abate. The world can be a lonely place, especially so in the last few years. Finding new ways to connect with other creatures, other species, can be a much needed balm.

Personally, I would pay at least two figures for an app that could help me know whether my dog truly needs to go outside or just wants to see if the neighbor has put bread out for the birds. (Maybe what I really need is a canine lie-detection app.) For now, I will simply have to use my own judgment and powers of observation.

After all, our pets are already communicating with us all the time, Dr. Horowitz noted. “It’s far more interesting to me to learn my own dog’s communications,” she said, “especially the idiosyncrasies that are formed between particular people and particular animals, than pretend that an app can — presto! — translate it all.”

September 30, 2022
How to Boost Your Sales with Internet Marketing with Paul Getter » Succeed As Your Own Boss

Are They Negotiable? – The Health Care Blog

Last weekend of the Kern County Fair; a preview of food, entertainment, and dessert – Bakersfield Now 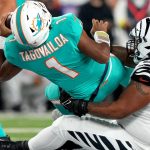