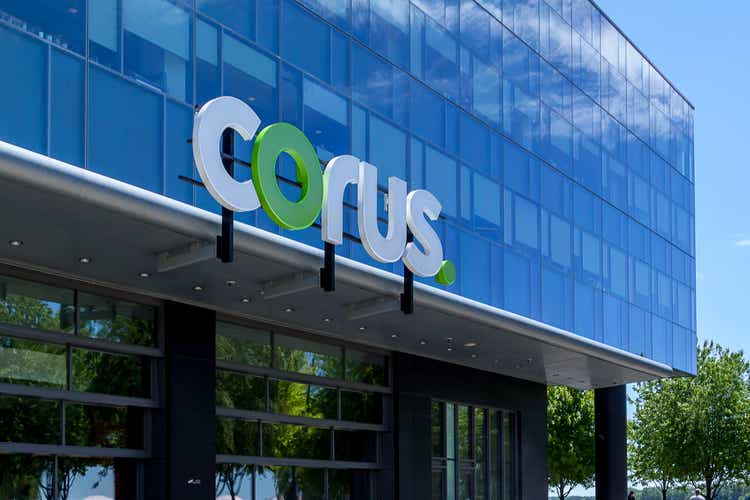 Canadian media and entertainment company Corus Entertainment’s (OTCPK:CJREF) recent pre-Q4 update came as a negative surprise, as headwinds from the macro slowdown and lingering post-COVID effects drove a greater-than-expected downward revision to television ad revenue. In addition to the near-term pressure across advertising markets, Corus’ channels business also faces long-term competitive pressure amid streaming players’ push into ad-supported tiers. This doesn’t factor in a recession scenario either (increasingly likely after this week’s Fed meeting), which would almost certainly drive another round of revisions to consensus estimates for FY23/24.

In sum, the challenged fundamentals mean this is a stock that is cheap for a reason. Yet, the valuation case is perhaps too strong to ignore, with its FCF yield (as a % of the market cap) now at >40%. Plus, management has been proactive on capital returns, implementing an active buyback program and a high-single-digit dividend yield (backed by a low 20-25% payout ratio). Despite minimal upside catalysts on the horizon, patient, long-term-oriented investors willing to stick it out should do well over time.

Corus recently disclosed a negative operational update, citing a complex macro environment and lingering effects of the COVID pandemic leading to “meaningful year-over-year softness” in its Q4 television advertising revenue. In line with its prior commentary, spending in the automotive, health & beauty, and travel end-markets remain the key source of weakness.

While the nature of the headwinds is hardly surprising at this point, the extent of the latest downward revision was a negative surprise, particularly given prior attempts to reset expectations lower. It seems the recent macro slowdown and the prospect of a recession are already having a materially harsher impact on Q4 numbers than previously expected, in particular on the ad side of the business. This makes sense, in my view – during periods of economic weakness, marketing budgets tend to be the go-to area to curtail spending. An earlier-than-expected pullback poses a material downside risk to the post-Q4 guidance as well, so the near-term fundamental outlook is hardly compelling.

The flow-through effect of ad revenues on the P&L, particularly in brand advertising (vs. performance ads), is likely to be significant. Coming off the FY19 highs of ~$967m, TV advertising revenue has lagged below pre-COVID levels and looks set to further decline off the already low FY22 base. While a near-term rebound in travel and advertising spending, particularly as supply chain issues ease on the automotive side, could offer some relief, the visibility into these improvements is limited. Nor is it likely to compensate for the pullback in advertising budgets.

With few levers on the revenue side, management will likely need to lean on cost adjustments, mainly on the programming side, to mitigate some of the EBITDA impact. This will take time, though, and in the near term, there is unlikely to be enough flexibility to fully protect margins. Plus, the mid to long-term threat from large streaming players like Netflix (NFLX) and Disney (DIS) rolling out ad-supported tiers will need to be addressed (likely via step-ups in content investment and digital offerings), and that could further weigh on the P&L.

While the near-term fundamental outlook is as bleak as it gets, with few upside catalysts on the horizon to trigger a meaningful recovery in the stock price, Corus has a lot going for it on the valuation side. Its cash generation has generally been strong through the cycles, driving an improved balance sheet position and an FCF yield of >40% following the recent drawdown.

The increased capacity has allowed for more buyback activity, with management’s decision to stick with an active repurchase program highlighting its belief in the stock’s undervaluation. Should the stock continue to weaken heading into a potential recession, my base case is for management to further step up on the buyback front. In addition to repurchases and debt pay downs via FCF, Corus also maintains an attractive dividend (now yielding >9%). As the dividend payout is in the 20%-25% range as well, the yield is likely sustainable under most economic scenarios; even in a worst-case scenario, the company has enough cost levers to sustain the required FCF, in my view.

Corus’ latest guidance reset could be a sign of things to come. With the current macro challenges (inflation and rising rates), advertisers are cutting back on spending and end-consumer demand is waning. In the near term, it’s hard to see a case for upward revisions here, while the long-term fundamentals rest on management’s ability to navigate a rapidly changing media landscape to deliver its sustained YoY revenue growth target. I’m not particularly optimistic on the latter, but neither is the market – Corus stock currently offers a >40% FCF yield. Plus, the high-single-digit % dividend yield (at a low payout %) is attractive, even with rates on the rise. Coupled with the active buyback, the total shareholder return yield is about as good as it gets for Corus shareholders. At this juncture, investors will need a high pain threshold to own this name, but those willing to stick it out should do well over time.