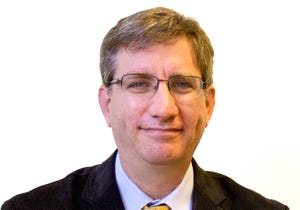 A: The discussion of our national partisan divisions is usually followed by someone evoking the Founding Fathers and stating how disappointed they would be with our back fighting and dissension. While I am sure some of the Founders would dislike the modern campaign, it is a bit disingenuous and self-serving to suggest that Founders were without conflict and contention.

In truth, the battles between factions early in our nation produced some very difficult situations with the potential to cut short our experiment in self-government. When George Washington retired from office, there was a fierce competition between Federalists, like Alexander Hamilton, and the Democratic-Republicans (Republicans), such as Thomas Jefferson.

In the election of 1800, the Republicans, led by Jefferson and Aaron Burr, received the most electoral votes, defeating Federalist John Adams. Since the Republican electors voted for both Jefferson and Burr, the two were tied, as there was not a separate vote for President and Vice-President at that time. Since Burr, ever the opportunist, would not step aside, the Constitution dictated that the race be decided by the House of Representatives, voting by state. However, this too was tied with the Republican states voting for Jefferson and the Federalist states blocking Jefferson by voting for Burr.

The deadlock lasted for days with 35 votes and members sleeping in the chamber to avoid missing a vote. There was talk of civil war and the possible mobilization of the state militias in Virginia and Pennsylvania. There was even talk of simply rewriting the Constitution so that one side could take power. The potential disaster was averted by a Federalist named James Baynard. As the only representative from Vermont, he controlled that state’s vote and chose to abstain, which allowed Jefferson to achieve a majority and the presidency.

Baynard’s decision was one that put the nation ahead of his politics. He said at the time, “[i]t was admitted on all hands that we must risk the Constitution and civil war or take Mr. Jefferson.” Aaron Burr did get the consolation prize of being the Vice-President, but his long-term ambition to be president was never achieved. There are, it seems, principles more important than winning, and it was and is a dedication to those principles that make our nation and our democracy possible.

The United States is unique in many ways, but what has helped us be a stable democracy is being willing to accept a loss and support the winner, even when we are badly disappointed in the result. This is a standard that has often been hard to fathom by other nations. President Ronald Reagan put it best when he said, “In the eyes of many in the world, this every-four-years ceremony we accept as normal is nothing less than a miracle.” Similarly, in conceding a highly contested and staggeringly close election in 2000, then Vice-President Al Gore said, “This is America. Just as we fight hard when the stakes are high, we close ranks and come together when the contest is done.”

American campaigns can be harsh, and the divisions can be sharp. The danger we face as a nation is not losing an election. Each party will lose sometimes. It is in rejecting democratic principles for an immediate political gain. We have prospered as a Democracy by acknowledging that in an election, sometimes you lose.

Kevin Wagner is a noted constitutional scholar and political science professor at Florida Atlantic University. The answers provided do not necessarily represent the views of the university. If you have a question about how American government and politics work, email him at kwagne15@fau.edu or reach him on Twitter @kevinwagnerphd. You can read past columns here: Kevin Wagner Civics Project columns.