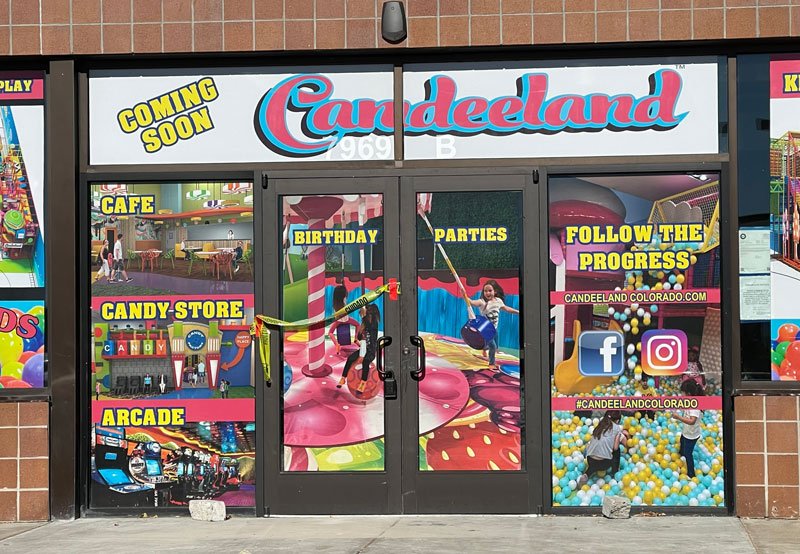 Wayne Marrs, 85% owner of Candeeland Kids, applied for and was granted a beer and wine liquor license for Candeeland Kids by the City of Greenwood Village on November 7.

Marrs told the city council that Candeeland Kids will be a play place that, has “a big indoor play structure…little Ninja courses, a place for tiny little toddlers, an arcade that’s geared towards little kids…and older siblings, that is mostly focused on active play…It’s all about the kids.”

He continued, “Because of our location, there’s not a lot of restaurants right nearby, so we decided to do a full café for the kids if they wanted to stay for a long time and play.”

Marrs explained that he wanted a liquor license as “a small amenity for parents—it’s for Dad to have a beer while he watches a game, or Mom to have a glass of wine so she can relax,” adding that the business was not a place where he wanted people to come to drink and that, “I suspect we’re not going to have issues. Most parents keep it together for the kids, if nothing else.”

When Mayor Lantz asked Marrs, “What experience do you have running a bar or an establishment serving wine or beer?” Marrs replied, “Absolutely none. Of the nine businesses I’ve done, I’ve avoided food service. It’s not a passion of mine…I don’t have any experience in that realm…We have hired a consulting firm…who is advising us on a lot of the café…”

Upon inquiring, Council Member Dave Bullock established that this would be the fourth Candeeland Kids in the country and the first to serve alcohol. He told Marrs, “This seems a little odd to me, to have liquor in a kids’ play area.” Marrs replied, “It’s definitely an experiment… The kids having a good time being safe and being comfortable, that’s the number one thing for me. If the beer and wine proves to be any source of a headache or discomfort for other guests, I would not continue serving…” He did not finish that thought, but added, “The concept of a little kids play area that serves beer and wine is nothing new…That’s something that you can find pretty frequently.”

No one on the city council asked Marrs if he had a plan for how to deal with the possible situation in which a parent or other adult appeared to be impaired when the children they brought were finished playing and needed to be driven home.

The motion to award the liquor license was made by Council Member Anne Ingebretsen and seconded by Council Member Tom Stahl. The council approved the license on a vote of seven to one. Only Bullock voted against it.