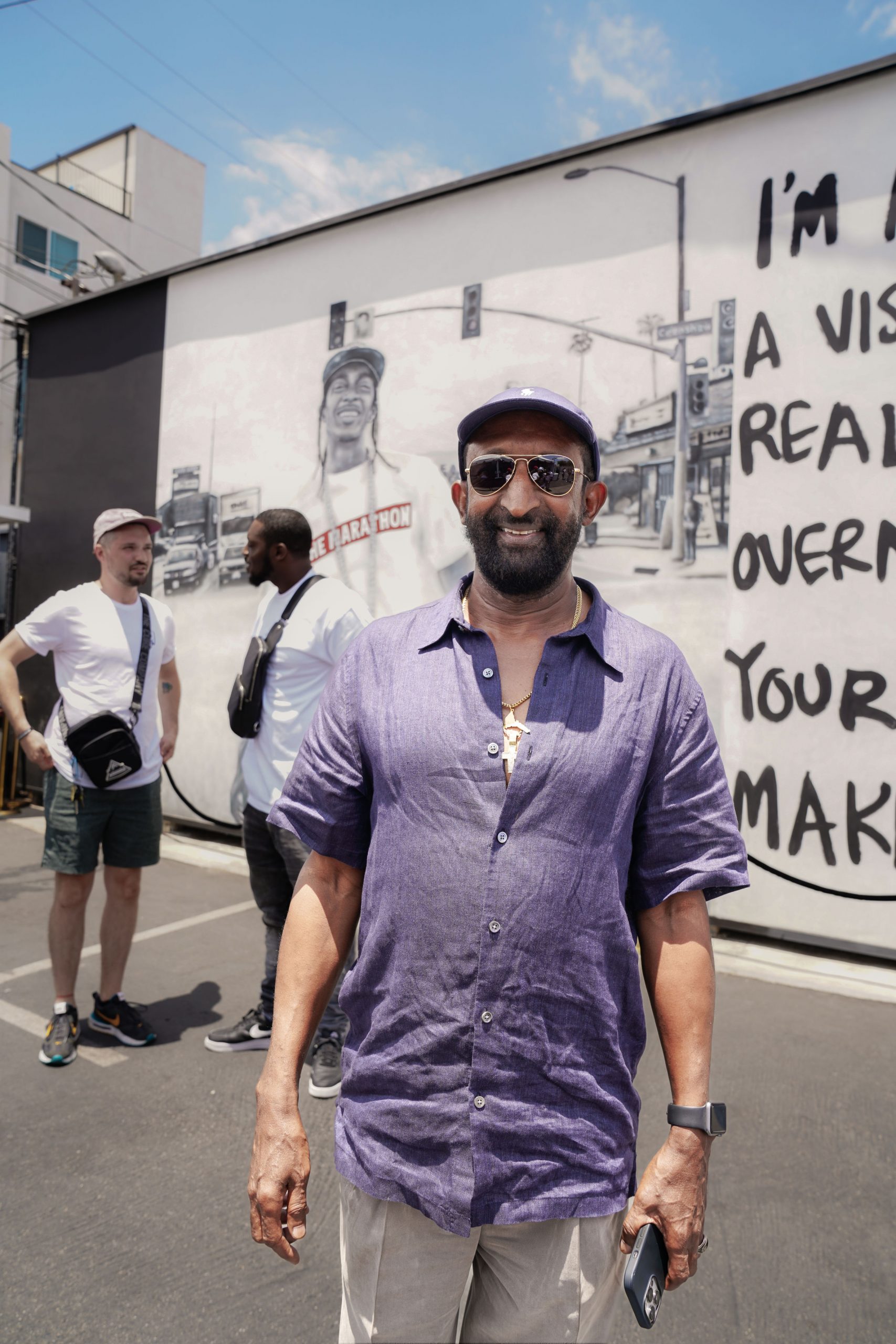 On Saturday (June 18), the estate of Nipsey Hussle—including his brother, Samiel “Blacc Sam” Asghedom—officially opened the doors of The Marathon Collective, a premier THC and CBD retail dispensary in the Los Angeles area. The upscale store drips in accents of marble and gold and features priceless Nip memorabilia like his 2020 Grammy for Best Rap Performance and a plaque for his certified Platinum debut studio album, Victory Lap.

The Marathon Collective opened its doors days after the release of The Marathon (Cultivation), a documentary centered on Nip and Sam’s journey behind their multi-million dollar cannabis enterprise of the same name that features products Nip had been growing and developing for years as a marijuana connoisseur.

At Saturday’s ribbon-cutting, Sam, their sister, Samantha Smith, their dad Dawit Asghedom, Nip’s partner Lauren London, and more family, friends, and fans gathered at the immaculate Canoga Park location to honor Neighborhood Nip while upholding the dreams and legacy he left behind.

Sam shared that he, Nip, and the team began the process to obtain their license around 2017 with Nip, Adam Andebrhan, and the late Stephen “Fatts” Donelson after years of illegally selling marijuana in their Slauson Tees shop ahead of the 2014 raid that worried their father. “I saw them progressing and I always tried to guide them as a father, but the rest of it, they did it themselves,” Dawit shared. “I am fortunate that they did turn out to do [it] all by themselves. All I did was give them my support.”

He added, “They’ve been trying to do this for a long time, but at that time it was illegal. Still, they did it in hiding with the t-shirts. I was worried when we were in Crenshaw, that they’re going to take away my boys. I was always worried, but now we’ll be happy, because what Sam and his team, Adam, all of them, they’re trying to continue what Ermias/Nipsey Hussle was trying to do. And they’re keeping his dream, their dream [alive] and that’s happening. So, I’m sure that he’s up there, happy, celebrating with us.”

Sam and TMC Creative Director, Jorge “JP” Pineche chimed in, speaking about how the various brands under TMC coexist, the overall TMC vision, their new brick-and-mortar location, and their journey from then to now.

It all started from the Marathon OG strain before expanding to different variants like the Crenshaw strain, Uncle Sam strain, etc. JP shared, “The Marathon Concept was conceived by Nipsey when we dropped The Marathon mixtape in December of 2010.” It eventually branched out from music to The Marathon Clothing, formally TMC.

JP continued, “Those three initials, those three letters have planted themselves to even the branded cannabis space with The Marathon Collective, which is where we sell it. And The Marathon Cultivation, which is our actual product that gets distributed through all the different channels. So, I mean, the goal is really just to continue to provide quality products and experiences for people. That’s the thing that we put above everything. We always celebrated the idea of brand over business. So, anything that we do, we always conscious of that and want to make sure that it’s held to a certain standard.”

When speaking on the various brands, Sam emphasized Nip’s adamancy about keeping them separate.

“Hussle always wanted the clothing brand [to not be] marijuana merchandise or a marijuana clothing store,” he said. “He didn’t want us to do weed leaf shirts or anything like that. He was like, ‘This is a clothing brand.’ That was why we [made] sure we have two different buildings, two different IPs. Marathon Collective is strictly marijuana, and we sell [mostly] Marathon Cultivation products. Marathon Clothing store is strictly Marathon Clothing, a brand. So, we taking that from Hussle. He didn’t even want us to do Marathon OG shirts. He was on us (laughs).“

With them legally owning the license to sell and distribute marijuana, Nip’s brother expressed how finally they can just breathe. “It was a long, long-term vision, but I’m happy finally that we got it in,” he said.

As far as what’s next for TMC, Nipsey always had the mindset of expansion, said JP. “First locking in at home […] And then in other cities, as the laws change and everything gets adjusted to the future, which is cannabis.”

Get out an inside look of the dispensary below.

The Marathon Collective is open daily from 6 a.m. PT until 10 p.m. PT. Watch The Marathon (Cultivation) documentary below.