Gustavo Arnal, the chief financial officer and executive vice president at retailer Bed Bath & Beyond, died after an apparent fall from his Manhattan high-rise on Friday, police said.

Confirming his death in a statement released Sunday afternoon, the company praised Arnal, 52, for his leadership and said he “was instrumental in guiding the organization throughout the coronavirus pandemic” after joining the company during the spring of 2020.

Arnal was found dead in Manhattan’s Tribeca neighborhood, according to the New York City Police Department. Around 12:30 p.m. local time, officers and emergency medical personnel responded to a 911 call reporting an unconscious person in the area of Leonard Street and West Broadway, near Arnal’s residence at 56 Leonard Street. The high-rise apartment complex is commonly known as the Jenga Building because of its uneven construction, with 57 stories stacked on top of one another in a design reminiscent of the building blocks game.

In a statement, the NYPD said Arnal “appeared to suffer from injuries indicative from a fall from an elevated position” but noted that his death remains under investigation. The Medical Examiner’s Office will determine a cause of death.

Days before his death, Bed Bath & Beyond announced plans to close 150 stores and cut 20% of its corporate and supply-chain staff. Shares of the company fell 25% after an extended period of steadily declining sales.

On Sunday, the company said it was “profoundly saddened by this shocking loss.”

“I wish to extend our sincerest condolences to Gustavo’s family. Gustavo will be remembered by all he worked with for his leadership, talent and stewardship of our Company. I am proud to have been his colleague, and he will be truly missed by all of us at Bed Bath & Beyond and everyone who had the pleasure of knowing him,” said Harriet Edelman, the independent chair of the board of directors at Bed Bath & Beyond. “Our focus is on supporting his family and his team and our thoughts are with them during this sad and difficult time. Please join us in respecting the family’s privacy.”

CBS News reached out to Bed Bath & Beyond for additional comment but did not receive an immediate response.

If you or someone you know is in emotional distress or suicidal crisis, call the National Suicide Prevention Hotline at 1-800-273-TALK (8255).

For more information about mental health care resources and support, The National Alliance on Mental Illness (NAMI) HelpLine can be reached Monday through Friday, 10 a.m.-6 p.m. ET, at 1-800-950-NAMI (6264) or email info@nami.org. 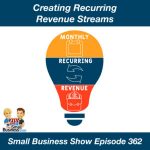 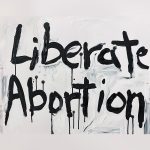