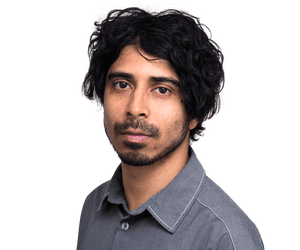 In her opening address kicking off the robodebt inquiry today, the royal commissioner, Catherine Holmes, said senior government officials would be called to give evidence explaining their role in the scandal.

Holmes said the Centrelink debt recovery program established by the former government employed an “automated” debt recovery process on a “scale not previously attempted” and had been based on an “unsound premise”.

The robodebt scheme was established in 2015 and ran until November 2019 when the Coalition government accepted in the federal court that the method used for raising welfare debts was legally insufficient.

Holmes said the royal commission would hear from victims of the scheme and take evidence from senior government officials from the period before reporting in April.

She said although much was known now about the way the scheme operated, less was understood about why the scheme was established and how the government had responded to any warnings and criticisms about the program.

“Many people have different levels of government will be asked to give an account of their role in the devising implementation and continuing with the robodebt scheme,” Holmes said.

“But the focus appropriately and in accordance with the terms of reference will be on those in senior positions, who had or should have had oversight.”

Holmes said she understood some victims would not want to “revisit” their stressful experiences of the scheme, but she encouraged those affected to make a submission.

Do not respond to any SMS/calls/emails you receive like this.

People in the ACT are getting very excited by this:

Anthony Albanese has held a bilateral meeting with Japan’s prime minister Fumio Kishida while he is in Tokyo for Shinzo Abe’s funeral.

His office has released the public opening remarks:

Well, thank you very much for the welcome on my second visit to Japan as prime minister. It is important that Australia show our condolence to yourself as prime minister, but also to the people of Japan on the tragic loss of former prime minister Shinzo Abe.

He was very well respected. And as an international statesperson, it is clear that the Quad leaders’ dialogue would not have occurred without his leadership.

The relationship between Australia and Japan is so important and that importance is underlined by the fact that I am here as the sitting prime minister, even though our parliament is sitting.

I have brought with me as well the former prime ministers Turnbull, Abbott and Howard. So you have a very high-level attendance to pay our respects and show our respects to not just Mr Abe’s family but to the people of Japan.

We share such common interests, in particular for a free and open Indo-Pacific, which is so important that we continue to work together and to work with our partners as well to advance that common interest.

A review of Australia’s Covid vaccine procurement has found the former Coalition government’s actions were “consistent with other high-income countries”, and flagged that the federal government will end up with an over-supply of the Novavax jab and a potential shortfall in Moderna.

The review, by the respected public servant Jane Halton, has also warned the Labor government that Australia is “likely to continue to be challenged” by emerging virus variants, with concerns raised that the country’s “policy settings have not been updated to take account of widespread Covid-19 infections”.

Halton was in June commissioned by the health minister, Mark Butler, to investigate Australia’s Covid vaccine strategy. At the time, Butler said the review wouldn’t look to probe potential mistakes made by the former Coalition government, which came under fire for vaccines arriving late and not in high enough numbers in the initial vaccination period. Australia has since gone on to have one of the highest vaccine rates in the world.

Halton’s review noted she only investigated prior purchase plans in the scope of lessons that could be learned in future, and doesn’t make any critical findings of the Coalition. However Halton warned Australia was not “Covid-stable” and said the next two years would be critical to the recovery of health, economy and education systems.

Consideration should be given to the decision-making structures and advice required, and whether new and existing pathways for procurement and distribution of vaccines and treatments should be retained or adapted.

It is not possible to accurately predict the further evolution of the virus and Australia is likely to continue to be challenged, at least in the short term, by emerging variants and new waves of disease.

Halton noted despite Australia’s earlier success in keeping deaths and cases low, “relative performance is beginning to wane”, saying some policies had not been updated.

The need to mitigate the effects of Covid-19 is likely to remain. However, policy settings have not been updated to take account of already widespread Covid-19 infections and associated high levels of hybrid immunity, the possibility of future waves and variants, and developments in vaccine and therapeutic science and manufacturing.

A portfolio approach and potentially redundancy will be needed to ensure access.

Halton and Butler will hold a press conference in Canberra at 12.30pm today.

The parliament is sitting now.

What we’ve learned about the National Anti-Corruption Commission

Paul Karp will be bringing you more from that press conference on the National Anti-Corruption Commission (Guardian style will mean we call it Nacc, because it is an acronym which can be said as a word) but as a recap: the main new thing we learnt there was the bar for public hearings will be very high – higher than what some of the state’s anti-corruption commissions have.

Mark Dreyfus would not say if that was part of the negotiations with the Liberals.

Public hearings will be part of the process, but there has to be a demonstrable “exceptional” need for them, which the Commissioner will decide.

It will also be up to the commission to decide what “retrospective” means in terms of how far back it looks, although it will have the power to look at things which occurred before it was established.

Paul Karp asked if the Liberals had asked for this particularly high bar for public hearings and Mark Dreyfus did not answer him.

Q: Should anyone be using it as vehicle of payback or fearing it will be used as political payback?

And I like to think also that we have best practice picking from the features of those anticorruption commissions, and when this commission … commences as we hope, around the middle of next year, people will see it operating in this way.

Dreyfus: whistleblower protections to be part of wider review into public interest disclosure

Q: With regard to the whistleblower protection, can you explain how they would operate and do they go far enough to allay the concerns that the crossbench have had?

Put it this way, the concerns that have been expressed by a number of members of the crossbench go to the whole scheme of whistleblower protection …

I brought the legislation to establish the Public Interest Disclosure Act to the Parliament in 2013, conscious that it was going to need to be looked at to see whether it was working.

… Nothing has occurred to deal with the recommendations that Philip Moss made [to the former government about the operation of public disclosure laws in 2013].

I’ve said we’re going to pick up that report, update the recommendations and introduce legislation to reform the whole scheme of public interest disclosure protection which is not just confined to anticorruption measures, it’s about the reporting of maladministration, the reporting of any breaches of code of conduct, any bad government, all of these things are the subject of the protection.

The National Anti-Corruption Commission bill will have its own whistleblower protections, as is appropriate for Australian public servants and people working in the public sector who come forward with allegations that the commission should look at.

So he is asked again:

I don’t think that, as the minister responsible for this commission, once it is established, that it’s appropriate for me to be making referrals to this commission.