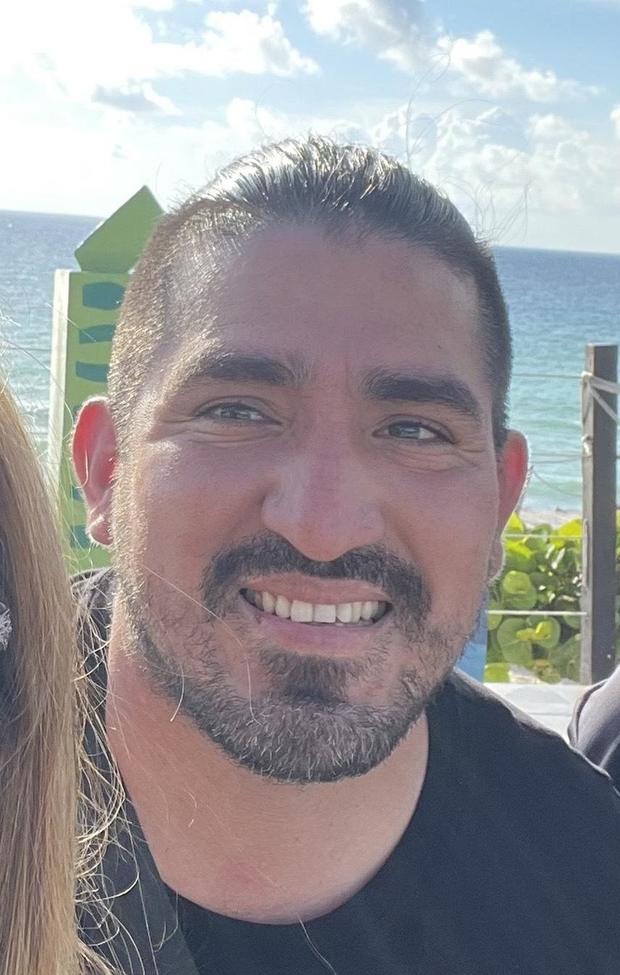 Rose Lee said her nephew left his native Peru and journeyed to the U.S.-Mexico border in search of his “American dream.” But she said she did not think the quest would cost him his life.

Alan Paredes Salazar, 37, drowned trying to cross the Rio Grande in early September alongside nearly a dozen other migrants whose bodies were found in the river by U.S. Border Patrol agents, his family said. The Medical Examiner’s Office in Webb County, Texas confirmed it processed Paredes Salazar’s body.

“My nephew’s death has left us devastated. It’s a very tragic death, to travel so far and die in an unknown place,” said Lee, who lives in southern California.

Paredes Salazar’s death was not an anomaly. At least 853 migrants died trying to cross the U.S.-Mexico border unlawfully in the past 12 months, making fiscal year 2022 the deadliest year for migrants recorded by the U.S. government, according to internal Border Patrol data obtained by CBS News.

The figure, which far exceeded the previous record of 546 migrant deaths recorded by Border Patrol in fiscal year 2021, is likely an undercount due to data collection limits, migration policy analysts said. An April report by a federal watchdog found that Border Patrol did not collect and record “complete data on migrant deaths.”

The number also does not encompass all deaths of migrants who died trying to reach or cross the U.S. border, since Border Patrol only counts migrants it identified or processed on U.S. territory. Still, the record deaths reported by Border Patrol offer a grim glimpse into the dangerous, and sometimes deadly, trek millions of migrants have undertaken over the past years in hopes of reaching the U.S.

Many migrants have drowned in the Rio Grande. Others have perished due to the extreme heat in the inhospitable desert terrain along some parts of the U.S. southern border. U.S. officials have also reported deadly falls from border barriers that migrants sometimes climb.

But even when migrants successfully enter the U.S., the trek can still be deadly, as illustrated by the deaths of 53 migrants abandoned inside a tractor-trailer in July, the deadliest human smuggling case in U.S. history.

In a statement to CBS News, Cecilia Barreda, a spokeswoman for Customs and Border Protection (CBP), which oversees Border Patrol, said human smugglers have been endangering migrants’ lives to make a profit.

In addition to reporting unprecedented numbers of migrant deaths over the past years, Border Patrol has recorded a sharp increase in rescues or life-saving operations in which agents assist migrants in distress. Border Patrol recorded 22,014 migrant rescues in fiscal year 2022, a 72% jump from 2021, CBP statistics show.

The recent spike in migrant deaths, current and former U.S. immigration officials said, can be partly attributed to the soaring number of migrants who have crossed the U.S.-Mexico border unlawfully over the past two years.

Federal authorities along the U.S. southern border stopped migrants nearly 2.4 million times in fiscal year 2022, an all-time high. While the tally included 1.1 million expulsions under a pandemic-era restriction known as Title 42, as well as a significant number of repeat crossings, the migration wave has strained the government’s resources and created major humanitarian challenges for the Biden administration.

“It is a high number,” said Theresa Cardinal Brown, a former Department of Homeland Security immigration official under former Presidents George W. Bush and Barack Obama, referring to the migrant deaths. “But it’s also amongst a record year for everything else.”

“Is it more dangerous? Yes. But there’s also a lot more people trying,” added Cardinal Brown, who now serves as the managing director of immigration and cross-border policy at the Bipartisan Policy Center.

Advocates for migrants have also blamed U.S. policies like Title 42 — which allows authorities to immediately expel some migrants without allowing them to request asylum — for pushing migrants to take more dangerous routes to try to enter the U.S. and avoid apprehension.

For decades, Cardinal Brown said, U.S. border policy has centered on making it more difficult, and in some ways, more dangerous, for migrants to enter the country illegally to deter them from trying. But she said the deaths are also partly fueled by transnational smuggling networks and migrants’ willingness to embark on perilous journeys to escape poverty, joblessness and violence in their home countries.

“The answer is that desperate people do desperate things, and desperate things are often dangerous things,” Cardinal Brown said. “Is there a role that U.S. policy plays? Well, yes. But there’s also the role of migrants in deciding to do this and the smugglers in encouraging it.”

While the International Organization for Migration, a United Nations affiliated group, recorded more than 1,200 deaths of migrants in the Western Hemisphere in 2021, it tracked 728 migrant deaths along the U.S.-Mexico border, calling it the “the deadliest land crossing in the world.”

Lee said her nephew left Peru to work and provide his wife and 5-year-old son a better future, noting he would constantly ask her for help getting to the U.S. She said he traveled to the U.S. border with her brother.

On Sept. 1, Lee said her brother managed to call her to tell her that a strong current in the Rio Grande had swept away Paredes Salazar and other migrants, causing them to drown. She said it took several days for her to verify with officials in Texas that her nephew had died.

Despite the nearly two months that have elapsed, Lee said she has not been able to claim her nephew’s body, which she intends to repatriate to Peru. She called him a loving family member and said she treated him as her own son.

“His dreams were cut short. His dreams of helping his parents, his wife, his child,” Lee said.

Camilo Montoya-Galvez is the immigration reporter at CBS News. Based in Washington, he covers immigration policy and politics.