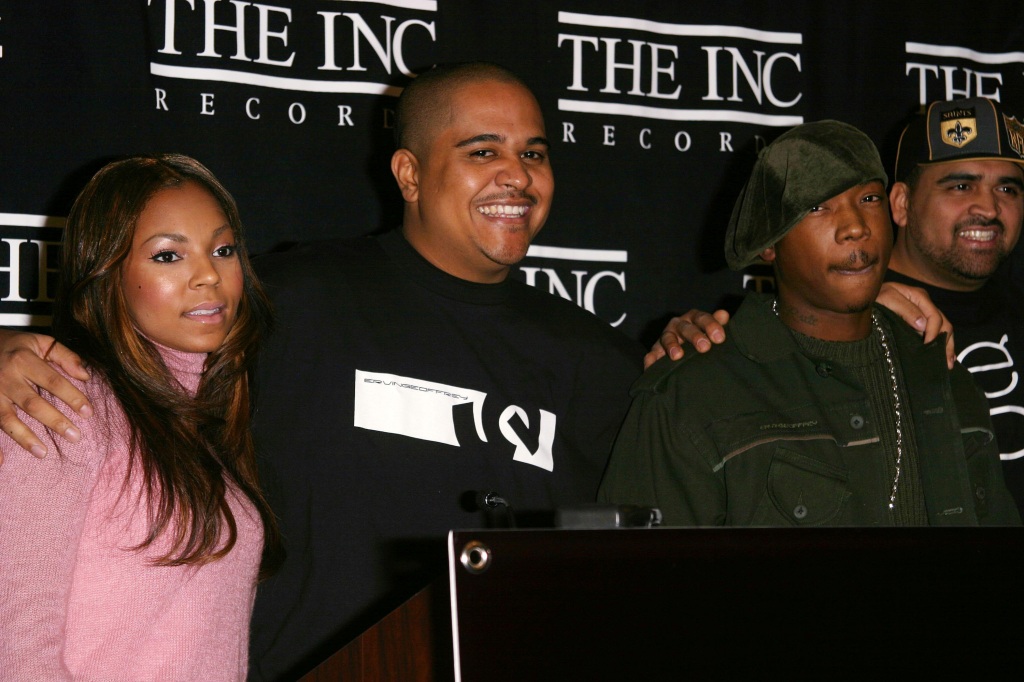 Before appearing on the late Big Pun’s “How We Roll” in 2001, Ashanti Shequoiya Douglas was destined for stardom beyond her wildest dreams.

Twenty years ago, the singer-songwriter released her self-titled debut album before it went on to be the beginning of her groundbreaking career. Ashanti—which now has its cover art minted into an NFT—earned a spot in the Guinness Book of World Records as the fastest-selling debut by a female artist. It sold over 500,000 copies in its first week, opening up a plethora of doors for the Glen Cove, N.Y. native. In 2021, Ashanti was honored with the Lady of Soul Award at the Soul Train Awards, and to add to her impressive list of accomplishments, she obtained the masters to her inaugural album before releasing it independently.

Leaving no stone unturned, the multifaceted star has now stepped into the NFT market as a co-founder of a Web3 company and made “herstory” as the first Black woman artist to do so. In April of this year, the former First Lady of Murda Inc. deservingly received her star on the Hollywood Walk of Fame. Aside from releasing a children’s book titled My Name Is a Story, Ashanti was honored by the 2022 ASCAP Rhythm & Soul Music Awards with a special fireside chat with VIBE’s Editor-in-Chief, Datwon Thomas. She shared her innermost stories about how some of her songs came to fruition.

Now, the “Happy” singer is performing on Hello Beautiful Interludes Live. After shooting the celebratory performance—which airs tonight (July 17) at 9 p.m. ET on TV One—Ashanti spoke with VIBE about the upcoming intimate performance, her evolution as an artist, and, surprisingly, the one track from her eponymous album that she had to grow to love.

VIBE: How was the intimate Hello Beautiful Interludes Live experience for you?

Ashanti: It was such an amazing experience just to receive that love. And just be celebrated because we were celebrating my 20-year [album] anniversary. It’s always a great feeling. We filmed in Atlanta, and like you said, it was very intimate. It’s always such an amazing feeling to just be in the vibe, be in the zone, and be with your people. It just felt like celebrating Black excellence just with everyone. I love what Hello Beautiful is doing with whatever other artists are coming up and doing those same kind of events. I feel like, especially now, we need to be celebrated. There’s so many things going on. The fact that we’re still kind of living through a pandemic is crazy. We’re living in some crazy times right now. So, I think it’s good to kind of take a moment and just celebrate our people.

You’re an icon in R&B, especially when it comes to the ladies, but you can run with the guys, too. There’s been a lot of focus on how R&B artists are not really developing themselves anymore vocally and performance-wise. How different was artist development for you when you were coming into the game versus now?

See, it was a little different for me, because I got with a record label that was very male-dominated. It was all rappers. So, it was weird because it wasn’t a lot of development. For me and my situation, I kind of just got tossed into it, like thrown into it, you know?. I think gradually, maybe around my second album, it was more of, ‘Oh, let’s have a rehearsal (Laughs). Oh, let’s actually plan this out and block some time to get this done, and creatively think everything out.’ My situation… it was different. It just happened so fast.

It was like, ‘Oh my gosh! It’s [Ashanti] on the Billboard chart! We’re in another country!’ It was just so much. But once we got to a place where it was like, ‘Let’s try to perfect and let’s try to all come together,’ it was very different. You had your product manager … then there were conference board meetings. You go to the office, and there are presentations, and your poster, and planning out the photo shoot … so, there was a lot of time and a lot of input put into just developing the cohesive thought and the brand as a whole. That was my experience.

Well, you’ve had longevity, and your experience goes to show that artist development is necessary. Now that you’ve made so much history just from your debut album alone, what advice would 2022 Ashanti give 2001 Ashanti?

My advice would be it’s okay to be a little bit scared. There are things that are going to happen that are beyond your control, but don’t let them stop you or deter you from the goal. I always had like really good inspiration. I always had people around me that kind of just instilled confidence and love [in me]. And that goes such a long way. So, I’m trying to see if I would’ve known then some of the stuff I know now, would I have done anything different? Maybe (laughs). But I would say it’s okay to be a little bit fearful. Everything is not going to be perfect. But the end result is about the work that you put in to overcome all of the lows. You have your highs, your lows, your peaks, your valleys. So, that’s what I would say.

Thinking back to your debut album, were there any tracks on there that you initially didn’t want to include but changed your mind about after the album’s release?

I didn’t like “Baby.” Yeah, that was an argument (laughs). It was crazy. I don’t know. I felt like I liked what I wrote, but it was a different vibe because it’s such a low register, you know, slow. But it was a vibe and I was a little nervous. To be released as a single is something different than an album cut, you know? So [when] making the album, I didn’t know which ones were gonna go and be picked as a single, but I remember fighting with everybody in the studio. They was just like, “No, shut up! You’re doing it.” (Laughs) I’ll give them that!

That’s one of the most popular songs off of the album. Did you ultimately learn to love the song?

Absolutely. I love “Baby.” I love just conceptually how I flipped it and going back and forth with the ad-libs and the verse and the metaphors. I love the record. But I was just nervous about it because it was different.

You’ve been receiving your flowers in real-time. You’ve been making so many strides and hitting so many milestones. Do you ever get a chance to really celebrate those wins, or are you like, ‘Okay, onto the next thing’? And how do you celebrate?

I would say a combination of both. I do take the time to celebrate, but I’m always onto the next like, ‘Okay, what else can we get? What else can we accomplish?’ I’m actually celebrating my book, which dropped today (July 13), which I’m very excited about. It’s called My Name Is A Story and is already number one on Amazon. So, I’m very excited. And what’s crazy, is it’s my mom’s birthday. So, my first album went number one, and we dropped it on my sister’s birthday. Now my book went no. 1 on Amazon, and it dropped on my mom’s birthday. So, I think I’m going to have to make this a thing. I’m going to see what I should drop on my dad’s birthday, next (laughs).

Overall, how does Ashanti want to be remembered?

I think people are going to remember me as the girl that laughs really loud and big (laughs). I feel like I’m so down-to-earth and approachable. I feel like I’m just who I am. When the lights turn off or the cameras turn off, I’m the same person. I feel like just as a writer, I write from my heart. I write records that people feel, and that’s what resonates. I feel that has a lot to do with the longevity as well. I don’t know, I feel like I’m one of the good ones (laughs).