For all of its faults in recent years, the sport of boxing remains on an upswing for the second straight calendar year, with much of that success fueled by the increase of undisputed championship bouts.

Of the eight male boxers to unify all four recognized world titles in a single division over the past two-plus decades, six have happened since 2017, including four times alone in the past 13 months. On the women’s side, four of the five undisputed champions of the four-belt era were crowned in the last three years.

Much of the talk around having a single champion reign over boxing’s best divisions have included the hope that welterweight and heavyweight, the sport’s two money divisions, would quickly follow suit. Given the ongoing talks surrounding an Errol Spence Jr.-Terence Crawford fall clash and rumors that Tyson Fury is seeking the winner of the planned rematch between Oleksandr Usyk and Anthony Joshua, it’s clear we are getting closer.

One of the occasionally forgotten divisions that is closing in on its own undisputed summit is 175 pounds as unified WBC and IBF light heavyweight champion Artur Beterbiev (17-0, 17 KOs) takes on WBO champion Joe Smith Jr. (28-3, 22 KOs) on Saturday at the Madison Square Garden Theater in New York. The winner could be headed toward a four-belt showdown against WBA champion Dmitry Bivol (20-0, 11 KOs), who most recently upset pound-for-pound king Canelo Alvarez.

The inclusion of Alvarez to one-off light heavyweight fights in recent years hasn’t been enough to bring the kind of attention and anticipation to the division for a single big fight that former champions Sergey Kovalev and Adonis Stevenson hoped to 10 years ago by circling one another amid anticipation for a four-belt clash that never came to fruition. The closest this division has came was Kovalev headlining a pair of pay-per-view bouts opposite Andre Ward for three world titles and the crown of P4P best at stake.

If there’s one thing Bivol’s recent upset of Alvarez did, it’s raise the stakes as to how big a potential undisputed fight could be. Not only does Alvarez remain dead set upon securing a rematch with Bivol following his fall trilogy at super middleweight against Gennadiy Golovkin, Bivol did well to raise his profile and P4P ranking with the victory.

Should Bivol end up fighting Beterbiev in a matchup between unbeaten champions who are both ranked among the world’s best, the idea of having Alvarez fight the winner is the best form of escalation to big-time money and exposure for everyone atop the division.

But a Beterbiev victory on Saturday is far from guaranteed. Although Beterbiev has been listed as high as a 7-1 betting favorite, the 37-year-old native of Russia has fought just twice in three years and has looked just human enough of late despite his knockout streak to wonder whether the competition has caught up with him.

Smith, 32, has been his usual steady self since a 2019 decision loss to Bivol. The hard-punching Long Islander has won four straight, including a majority decision in 2021 against Maxim Vlasov to claim the vacant WBO title, and has slowly added seasoning to his game after first arriving on the scene as an overachieving slugger who once retired Hall of Famer Bernard Hopkins.

The only potential issue in making an undisputed fight for the winner against Beterbiev is whether the promoters and networks representing both champions will be willing to work together in ways that Kovalev and Stevenson were not. Even more, is the potential four-belt title fight in question big enough commercially to make sense for two competing networks to put on a joint PPV card?

In a perfect world, issues like these would never be a problem. Unfortunately, boxing doesn’t exist in said world, which is why the inclusion of Alvarez back into the mix might end up being crucial. Although Alvarez is currently working with DAZN and promoter Eddie Hearn, the same pairing that backs Bivol, the Mexican superstar has used his leverage and star power to call his own shots in recent years and cross the sport’s political divide.

But before Bivol (or even Alvarez) can entertain hopes of undisputed glory, there must first be a winner crowned between Smith and Beterbiev. And given the punching power of both and the opportunities at stake, one can expect yet another exciting clash within a division that has made a run of late at getting casual fan’s attention. 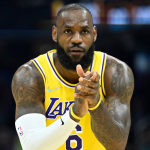 What LeBron James’ new deal is really about, plus analyzing the 2022-23 NBA schedule

Solange To Make Her Debut As A Ballet Composer – VIBE.com