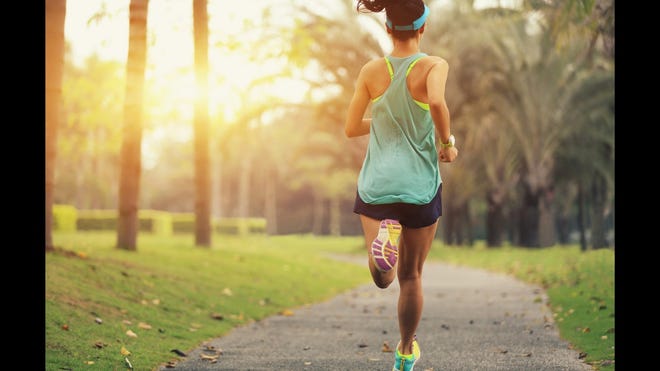 Even cities that provide parks and trails for people to exercise and stay fit suffered worsening mental health during the pandemic.

“We found cities ranked in the top 25 tended to score well in personal health indicators, but the one exception was mental health,” said Stella L. Volpe, chair of the American Fitness Index advisory board.

The American College of Sports Medicine and Elevance Health Foundation has published the annual American Fitness Index ranking the nation’s 100 most populous cities for the past decade and a half. The ranking scores communities using city and county data for 34 variables of personal, community and environmental indicators.

Oklahoma City ranked at the bottom of the list. North Las Vegas, Nevada, Tulsa, Indianapolis and Louisville ranked in the bottom five. People can see how their city fared at americanfitnessindex.org/rankings.

How much did mental health suffer?

Adults who had not previously reported anxiety or depression were more likely to report poor mental health during the pandemic. Some common causes might include social isolation, job loss or working in high-risk service jobs that were more likely to expose individuals to COVID-19, the report said.

Among adults who never had a mental health struggle, 58% perceived the pandemic negatively affected emotional or mental health.

More than 51% of adults in New Orleans and Laredo, Texas, had at least one poor mental health day the previous month. Residents of San Francisco, Washington D.C. and San Jose, California, rounded out the lowest-scoring cities on mental health even though the three cities ranked among the healthiest, the report said.

The finding follows a Centers for Disease Control and Prevention survey of nearly 800,000 adults through Feb. 1, 2021 that found an increasing share of the population reported symptoms of anxiety and depression.

“It’s widely agreed that the rates of anxiety and depression are two to three times what they were (before) the pandemic, and they haven’t leveled back out,” said Dr. Joe Parks, medical director of the National Council for Mental Wellbeing.

Physical and mental health are closely linked. Research shows both aerobic exercise and strength training can prevent or reduce symptoms of anxiety and depression, the report said.

Volpe said the lack of exercise is a missed opportunity for those seeking to improve their mood and overall health.

“Research strongly shows that aerobic and strength training are effective in preventing and reducing anxiety and depression and improving mood, health and quality of sleep,” Volpe said.

American College of Sports Medicine officials said cities, community and business leaders all can act to improve overall health in their respective communities.

One example: Opening access to green spaces in neighborhoods to make areas more walkable. Arlington, which incorporated biking and walking as part of the county’s master transportation plan, boasts 527 miles of sidewalks and 14.5 miles of hiking trails.

Parks said eight states that opened these clinics as part of a pilot Medicaid program have significantly improved access to mental health and drug and alcohol treatments. The legislation will allow up to 10 states each year to add such clinics, but states must pursue funding.

“The federal government is offering an opportunity, but it’s up to the individual states to pick up that opportunity and take advantage of it to give people better access,” Parks said.