HOUSTON — In the wake of a massacre at an elementary school in the city of Uvalde, the Texas Department of Public Safety has quietly adopted a much more aggressive approach to handling school shootings, according to a July email obtained by The New York Times.

The department has also referred five of its officers to the state inspector general for a formal investigation following an internal inquiry into the actions and inaction by state police officers at Robb Elementary School during the shooting on May 24, according to a spokesman. The officers face possible suspension, demotion or firing.

Taken together, the moves amount to an acknowledgment that while the director of the state police, Steven McCraw, has publicly laid blame for the failed police response on the Uvalde schools police chief at the time, Pete Arredondo, other officers at the scene have also been found to share responsibility.

The change in protocol, adopted without fanfare less than two months after the shooting, means that Department of Public Safety officers responding to an active shooting in a school would be operating under guidelines much different from those followed in Uvalde, where scores of officers did not rush to attack the gunman but instead considered him to be barricaded and contained, a situation that allowed for a more prolonged response.

After initially rushing toward the shooting, Mr. Arredondo, who was fired last week, began treating the gunman, who had temporarily stopped firing inside a pair of connected classrooms, as a barricaded subject. Under that kind of response protocol, officers could theoretically focus on negotiating a surrender or strategizing an entry.

Mr. McCraw has called that the “wrong decision.” In his email, he described how state troopers would now be expected to respond.

“D.P.S. officers responding to an active shooter at a school will be authorized to overcome any delay to neutralizing an attacker,” Mr. McCraw wrote in the July email that laid out the new policy. “When a subject fires a weapon at a school he remains an active shooter until he is neutralized and is not to be treated as a ‘barricaded subject.’”

“We will provide proper training and guidelines for recognizing and overcoming poor command decisions at an active shooter scene,” Mr. McCraw wrote.

The changes came over the summer but were not publicly announced.

In the months since the massacre, the response by other officers at the scene besides Mr. Arredondo have come under harsh scrutiny, including many who arrived early from the Department of Public Safety and did not seek to quickly confront the gunman.

Last month, the department began an internal inquiry into how its officers responded. One sergeant from the state police arrived minutes after the gunman but did not rush to the classrooms. Others came later, according to body camera video from the scene released by the city of Uvalde. In total, the department had about 90 officers at the school on the day of the shooting.

At least two of the officers had already been suspended.

The executive director of the Advanced Law Enforcement Rapid Response Training Center, J. Pete Blair, said he had not been told of Mr. McCraw’s email or change in active shooter policy. While unfamiliar with its details, he said that training center’s approach to active shooters was not at issue in the failure in Uvalde.

“We teach stop the killing stop the dying,” Mr. Blair said. “If the attacker is preventing you from reaching people who are injured, that attacker is still active” and should not be treated as a barricade subject or hostage taker. (Mr. McCraw said the department would “continue to embrace the ALERRT doctrine” in other respects.)

No students returned to Robb Elementary, where an 18-year-old gunman armed with an AR-15-style rifle killed 19 students and two teachers just two days before the end of the last school year. The students have been transferred to other schools, and the district planned to demolish the elementary school. 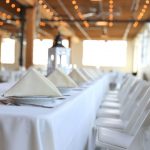 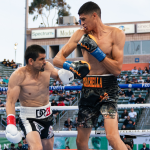