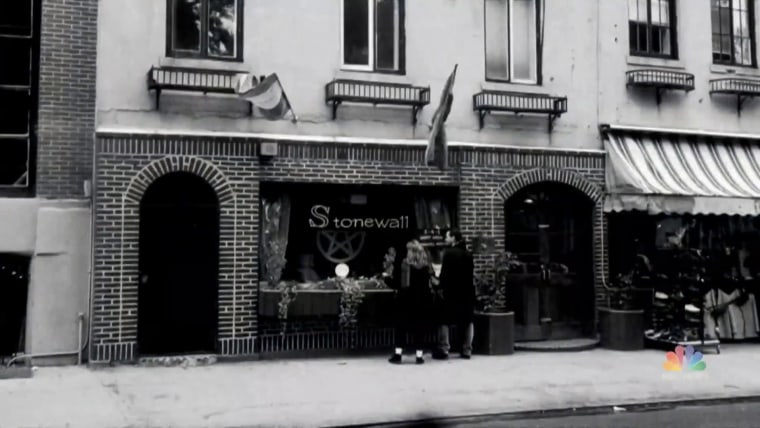 With several of the nation’s largest Pride marches set to take place this weekend, organizers and LGBTQ activists are anticipating an immense wave of energy following the Supreme Court’s decision to overturn Roe v. Wade.

On Friday, the court voted 5-4 to reverse the 1973 landmark ruling that guaranteed the constitutional right to abortion. In his concurring opinion, Justice Clarence Thomas also called on the court to revisit other watershed civil rights rulings, including those that legalized same-sex marriage and consensual same-sex intimacy.

Demonstrations in cities across the nation have already begun, with activists and police expecting crowds to grow into the evening.

As a result, organizers of this weekend’s Pride events from Lexington, Kentucky, to New York City say they are expecting this weekend’s LGBTQ celebrations to resemble what the advocates of the nation’s first Pride marches had envisioned in the 1970s — heartfelt, loud protests.

“Anyone who’s attending who thinks that they’re going to just wrap themselves up in rainbows, they will be in for a surprise,” Carolyn Wysinger, board president of San Francisco Pride said. “For a random onlooker who comes to San Francisco Pride, they’ll see us in the streets marching, they’ll hear our voices and they will know that something definitely has changed.”

The nation’s first Pride marches, including those in in New York, Chicago, San Francisco and Los Angeles, were held on the last weekend of June 1970 to commemorate the 1969 Stonewall riots, and attracted several thousand protesters. In the more than 50 years since then, the events have morphed into grandiose celebrations, with participation from global corporations, national lawmakers and big-name celebrities, and have drawn millions of attendees.

Sunday will mark New York City’s first fully in-person Pride celebration since 2019, which drew an estimated 5 million people, since the onset of the coronavirus pandemic. It also marks a record number of anti-LGBTQ bills introduced in states across the country — more than 340 in 2022 so far — according to the Human Rights Campaign, the nation’s largest LGBTQ advocacy group.

Dan Dimant, the media director for Heritage of Pride, the nonprofit behind New York’s annual LGBTQ march, the nation’s largest, said Friday’s ruling would only add onto what organizers were already expecting to be a zealous event this year.

“We’ve always said that Pride is both a celebration and a protest,” Dimant said. “But I do believe that the way in which we protest will be that much more intense and profound and, you know, levels of magnitude greater than ever before.”

In Kentucky, Jeremy Ellis, the festival chair for the Lexington Pride Center, which hosts the city’s annual parade, welcomed the fervor Friday’s court decision might entice at this weekend’s celebrations.

“It makes it just even more important to be seen, to have your voice heard, to be represented and to be visible,” Ellis said. “The decision made today is going to be a catalyst for more scrutiny and put more of a microscope on the rights of the queer community that are essentially a lot newer than Roe v. Wade was.”

The gay rights cases Thomas called on the court to revisit include Lawrence v. Texas, which struck down state laws criminalizing consensual same-sex activity in 2003, and Obergefell v. Hodges, which resulted in the legalization of same-sex marriage across the U.S. in 2015.

Wysinger agreed with Ellis, saying the court’s decision will be an opportunity to remind people of the meaning behind Pride marches.

In terms of addressing safety concerns prompted by Friday’s decision, Dimant and Wysinger said their organizations’ plans have largely remained unchanged and that they are in constant coordination with local authorities. Ellis said the Lexington police decided to send more officers — both uniformed and undercover — to the city’s Sunday parade after the overturn of Roe. However, he cautioned that attendees should not give in to fear.

“We’ve already gotten calls about what our response is should there be counterprotests, but we’re just reminding folks to remain safe, to remain vigilant, remain aware that these things are happening out in the country and to educate themselves,” Ellis said.

Earlier this month, at least three LGBTQ events were targeted by white nationalist groups. Most notably, police arrested 31 people at an annual Pride in the Park event in Coeur d’Alene, Idaho, on charges of suspicion of conspiracy to riot. Those arrested came to the event with gas masks and shields.

August 18, 2022
Have Medicaid? You could get free produce

August 18, 2022
Movistar Plus+ offer forms of entertainment and education for youngsters