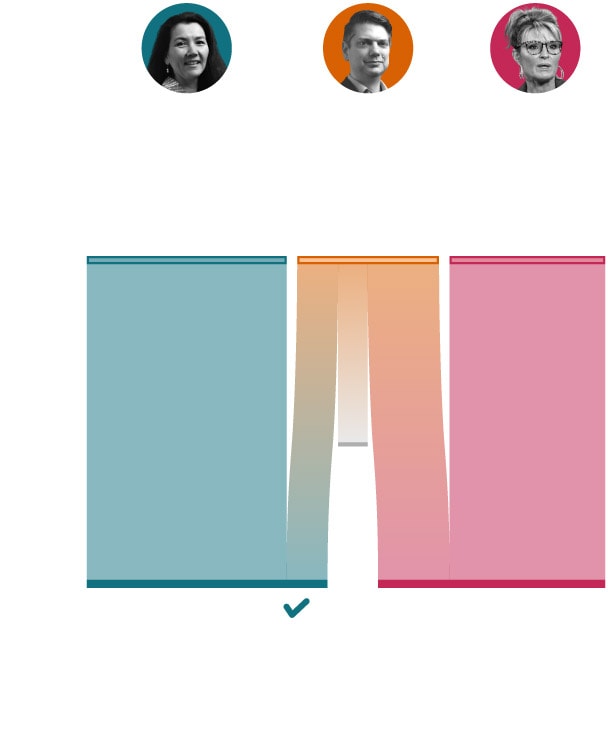 ANCHORAGE — Democrat Mary Peltola made history this week as the first Alaska Native woman to be elected to her state’s lone seat in the U.S. House.

She also became the first to win an election under Alaska’s new ranked-choice voting system — a novel process in which voters rank candidates in order of preference. The procedure has drawn fierce criticism from some conservatives in the wake of Peltola’s special election victory over former Republican governor Sarah Palin, while defenders have praised it for rewarding less polarizing candidates and more positive campaigning.

One of the most vocal critics has been Palin. On Thursday, she issued a statement saying this week’s ranked-choice results were “not the will of the people” and calling on the other finalist in the recently completed special election, Republican Nick Begich III, to end his campaign ahead of November’s general election in which the candidates will square off again for a two-year term. Palin also called for the state to provide more information on rejected ballots.

Begich on Wednesday issued his own statement portraying Peltola as out-of-step with most Alaskans and Palin as unelectable under the new system. He said the ranked-choice results made clear that in November, a “vote for Sarah Palin is in reality a vote for Mary Peltola.”

How second-choice votes pushed a Democrat to victory in Alaska

Alaska’s special election marked one of the highest-profile tests yet of ranked-choice voting, after its use last year in New York City’s mayoral race and in Maine before that. A constitutional amendment to adopt a new voting system similar to Alaska’s is on the Nevada ballot in November.

Experts cautioned against drawing sweeping conclusions from Peltola’s win, saying the effects of Alaska’s new system will only become clear once more races are run and decided. That will happen in November, when Alaskans are set to rank candidates in dozens of state legislative campaigns, Republican Sen. Lisa Murkowski’s race for reelection and the repeat congressional contest with Palin, Peltola, Begich and a fourth finalist.

“Everybody’s rushing to draw conclusions about who benefits from this thing, when it’s totally unpredictable,” said Jack Santucci, a politics professor at Drexel University who’s studied ranked-choice voting. “People really tend to see in these results what they want to see.”

Alaska’s new system of electing candidates starts with a nonpartisan primary in which the top four finishers advance to the general election and voters only make one pick. But in the general election, voters rank their choices on the ballot. If no candidate wins a majority of first-choice votes, the lowest-performing candidate is eliminated and their backup votes are reallocated among the remaining contenders. The process continues until there is a winner.

Peltola led after first-choice votes were counted in the special election. Palin, in second, made up ground but still didn’t overtake Peltola after the backup choices of Begich, who finished third, were factored in. (The fourth finalist ended his campaign before the election, leaving just three on the ballot.)

About half of Begich’s first choice voters ranked Palin second. But nearly 30 percent chose Peltola second, while 21 percent ranked neither Peltola nor Palin — an outcome referred to as “ballot exhaustion.”

Graphic: How ranked-choice voting could change the way democracy works Note: 47 ballots were not counted in the final round

because the same ranking was assigned to more Note: 47 ballots were not counted in the final round because the same ranking was assigned to more

Palin has consistently criticized the system throughout her campaign, calling ranked-choice voting untrustworthy, “cockamamie” and “leftist” in various statements and social media posts.

Sen. Tom Cotton (R-Ark.) sounded similar notes on Twitter, saying Wednesday that the system is a “scam to rig elections.”

“60% of Alaska voters voted for a Republican, but thanks to a convoluted process and ballot exhaustion — which disenfranchises voters — a Democrat ‘won,’ ” he wrote.

But other observers argued that the result says less about the ranked-choice voting system and more about the contenders.

Peltola, in an interview with The Washington Post, attributed her win not to Alaska’s new electoral system but to her message that she would work across party lines. “I think it also reveals that Alaskans are very tired of the bickering and the personal attacks,” she said.

The share of Begich supporters who transferred to Palin, experts said, is at least partially a reflection of what polls show as her high negative rating among Alaska voters. Despite a GOP campaign urging Republicans to “rank the red” and mark their ballots for both Palin and Begich, the two candidates’ repeated attacks on each other probably reduced the chance that their staunchest supporters picked the other candidate second, some observers said.

“Republicans who voted for Nick and decided not to go any farther essentially helped hand the election to Peltola,” said Sarah Erkmann Ward, an Anchorage GOP political consultant who was hired to educate conservatives about the new system. “This will be a wake-up call for Republican voters to rethink their strategy.”

Ranked-choice boosters said they’re looking forward to Alaska’s November election, when voters and candidates will have their second chance at using the new system — and some lessons from what happened in the special congressional race.

“They may make some different choices,” said Rob Richie, president of FairVote, a ranked-choice advocacy group. Republicans, he added, “are going to have to decide how much they want this seat.”

Alaska voters approved the state’s new election system in a 2020 ballot initiative, when it passed by just 1 percent — fewer than 4,000 votes.

It had major financial backing from entities tied to Kathryn and James Murdoch, a son of media titan Rupert Murdoch, and John Arnold, a Houston-based billionaire investor, who have since contributed hundreds of thousands of dollars to a super PAC supporting Murkowski’s reelection.

Other supporters and operatives involved with the ballot measure campaign have ties to Murkowski, who topped a Trump-endorsed challenger in her August primary under the new nonpartisan system — sparing her the fate of 2010, when she lost the GOP primary and was only reelected after a general election write-in campaign. But the system’s supporters in Alaska say their vision was broader than a single election and aimed at reducing polarization in the state legislature.

In Election Day interviews, Alaska voters were split on the new system. Many conservatives said they found it confusing and frustrating, and want to return to Alaska’s old system of partisan primaries and plurality voting in the general election.

“Why would we change something that’s not broken?” said Chris Chandler, 23, an Anchorage credit union employee who ranked Palin first and Begich second. “It’s just another way for them to get another Democrat in there.”

“People are figuring it out as they walk in,” he said after voting in Anchorage. “I think it’s going to take experience and practice before we get the hang of it.” 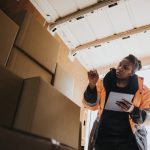 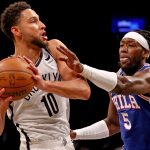