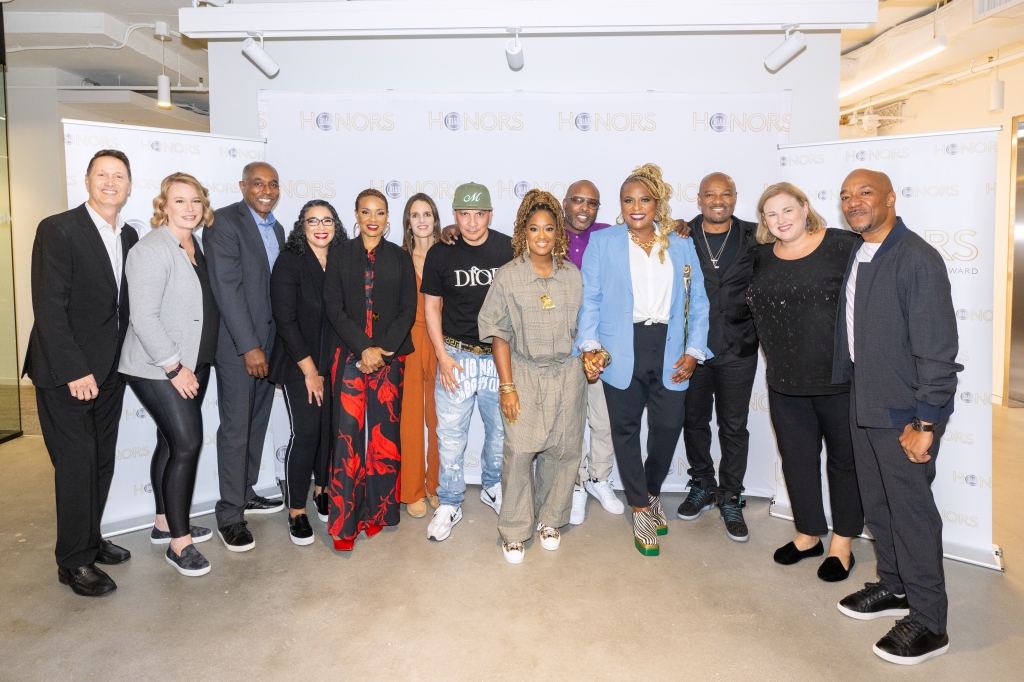 Last night (Sept. 14), at their new stylish office building in the NW district of Washington, D.C, the RIAA (Recording Industry Association of America) launched its inaugural Hip-Hop Honors event, which celebrates integral figures who broke the mold and helped establish the culture as a driving force within the music industry and the world at large. Established in 1952, the RIAA is an organization that tracks and publicizes how many copies a record has sold dating back to its original date of release. Upon its conception, the RIAAA developed a formula that calculates the amount of a physical albums units sold. The determining distinction is based on a measuring system (now expanded to streaming and downloads) ranking the overall success of official releases. Hence, if a musical release reaches 500,000 in sales, it achieves Gold certification from the RIAA. If a song or album reaches 1,000,000 in sales following its release, then the release is platinum. And so on and so forth to the ultimate distinction of Diamond, where a project reaches 10 million in sales.

Two of the evenings honorees, DJ Grandmaster Flash and MC Lyte, were honored by the RIAA with the Hip-Hop Pioneer Award. The icons received their honors during a festive and star-studded evening with opening speeches by Billboard’s Editorial Director, Hannah Karp; VIBE’s Editor-In-Chief, Datwon Thomas; Stupid Fly’s DJ Cheapshot and RIAA’s executives, Mitch Glazier and Morna Willens. Many others of note that were included in the night’s action were: Library of Congress’ Dr. Carla Hayden, TV/Radio host Big Tigger, National Museum of African American Music President and CEO, Henry Beecher Hicks and more.

While Kurtis Blow was the first rap artist to be acknowledged by the RIAA after his single, “The Breaks,” earned gold certification in 1980, the genre would continue to take flight, with one of its most pivotal releases, “The Message” by Grandmaster Flash and the Furious Five. Hailing from the Bronx, New York, Grandmaster Flash had already established himself as a vanguard in the annals of Hip-Hop prior to his entry onto the Billboard charts. Credited with implementing the extension of the breakbeat during the ’70s, Flash’s passion for mastering vinyl was similar to the inventive pursuits of Thomas Edison and Nikola Tesla, both of whom Flash credited as inspirations during his acceptance speech. Presented by fellow Hip-Hop legend and Washington D.C. native, DJ Kool, who sited Flash as being the genesis of the modern Hip-Hop jockey, the 64-year-old Flash shared a bit of his backstory with the audience in his acceptance speech.

“For every good song there’s a great part,” Flash said of his fixation on “the break.” The innovative DJ would manipulate vinyl records to impress locals residents and his peers in the Bronx before taking his act worldwide. Crediting his infatuation with vinyl to his father, Flash recalled finding his first turntable in a junkyard and bringing it home to perfect his technique. At one point during his indoctrination, Flash discovered and developed his signature, which he revealed was mastered through an understanding of physics and timing. “It’s all based on math,” he said of his skills on the wheels of steel. He revealed additional tidbits about his formative years as a DJ, such as his mother’s occupation as a seamstress allowing him access to particular fabrics that helped assist him in pulling off his stylistic exploits. “My instrument is the turntable,” Flash said of his technique, which he dubbed the Quick Mix Theory, which has since become synonymous with the Hip-Hop DJ.

Introduced by rapper Yo-Yo, who dubbed MC Lyte “one of the greatest emcees of all time,” the regal legend accepted her award with the grace she’s displayed over her nearly four decade career. The first solo female rapper to receive gold certification by the RIAA, Lyte says her desire “to be heard as a voice,” is what powered her rise to stardom. Despite her proud Brooklyn roots, Lyte credits Harlem and its vibrant atmosphere with nurturing her love for the culture. “Harlem is where I would hear Hip-Hop,” she noted in a video presentation prior to her acceptance speech, during which she also revealed she had recently enrolled in Norfolk State University to attend college and was actually on campus at the time she received her record deal with East West Records.

Lyte also acknowledged the impact of Grandmaster Flash’s contributions during her acceptance speech, telling her Bronx counterpart, “I know you, I know your music,” from the podium. Sharing insight into her sisterhood with Yo-Yo, which was developed during their time as label mates during the ’90s, and thanking her team and inner-circle, Lyte says her journey isn’t over and she’s still working toward the legendary status that’s already been bestowed upon her. “I am proud to have paved the way for others who have dreamed,” she said of her influence, while noting current stars like Megan Thee Stallion, Nicki Minaj, and Cardi B continuing to break barriers for women in Hip-Hop.

The RIAA Hip-Hop Honors saw a number of tributes to both DJ Grandmaster Flash and MC Lyte, as both witnessed other great artists pay homage to their cultural contributions. DJ Jazzy Jeff and Mix Master Mike expertly displayed their prowess behind the boards, implementing Flash’s Quick-Mix Theory to perfection. A sure shot performance from Grammy-nominated artist Rapsody, who ran through the Lyte classics “Georgie Porgie,” “Cold Rock A Party,” and “Ruffneck,” also brought the crowd to an uproar.

Legendary producer Dr. Dre appeared virtually to commend DJ Grandmaster Flash on his latest achievement, stating, “I’d like to say congratulations to Grandmaster Flash on being named a Pioneer of Hip-Hop.” Missy Elliott, whom MC Lyte jokingly recalled missing multiple studio sessions to appear on their hit 1996 single, “Cold Rock a Party,” also gave the icon her flowers in a pre-recorded tribute. “You have set trends, open doors, paved lanes, streets, everything,” Missy said of Lyte’s contributions to Hip-Hop.

Other figures who received awards at the RIAA Hip-Hop Honors include Jeff Harleston, who was named the Executive Of The Year, as well as Congressman Hakeem Jeffries, who was given the Policy Maker Of The Year Award.

The evening was festive and can best be summarized in words previously shared by MC Lyte. “We make the culture, the culture doesn’t make us.”