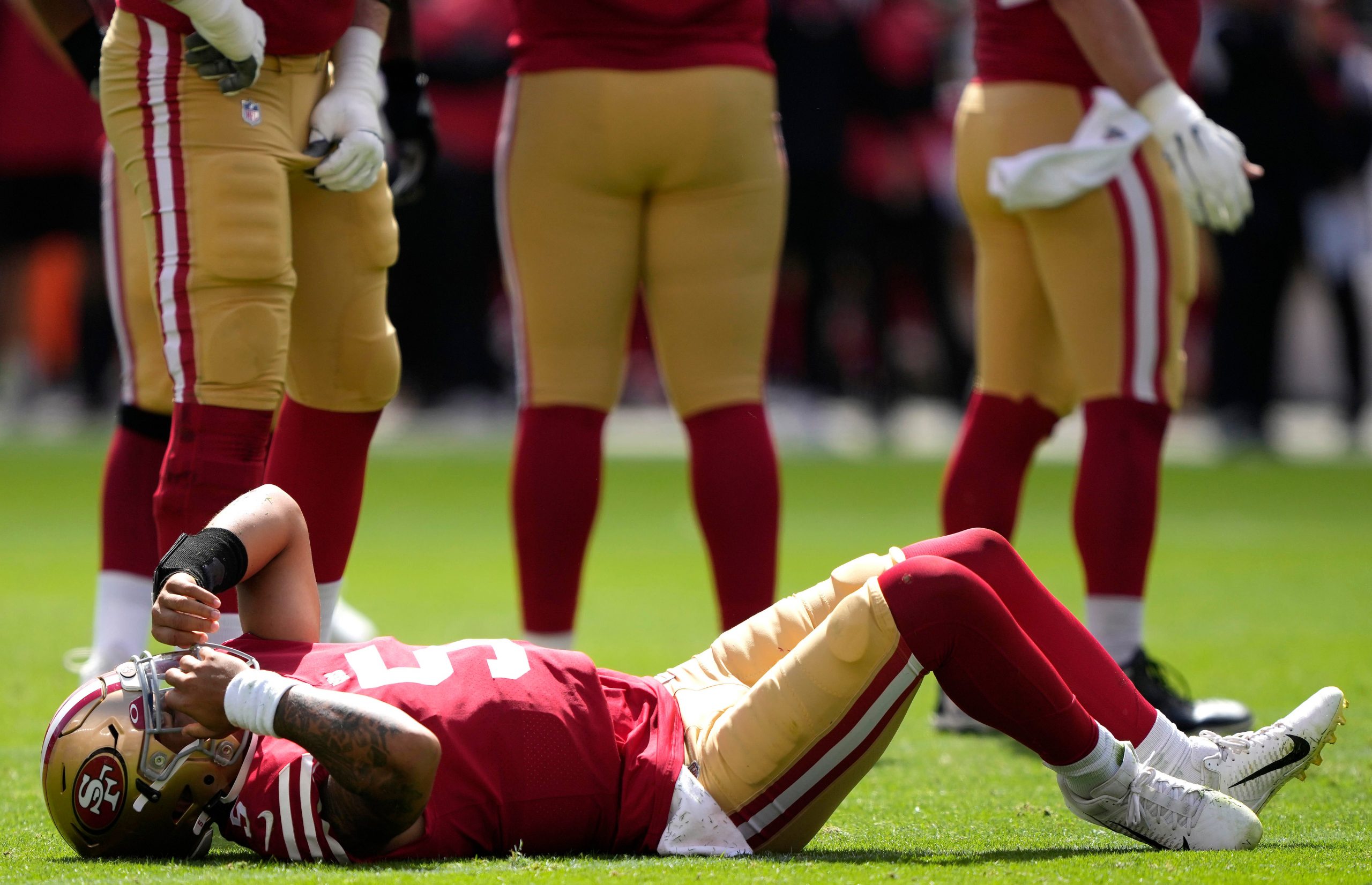 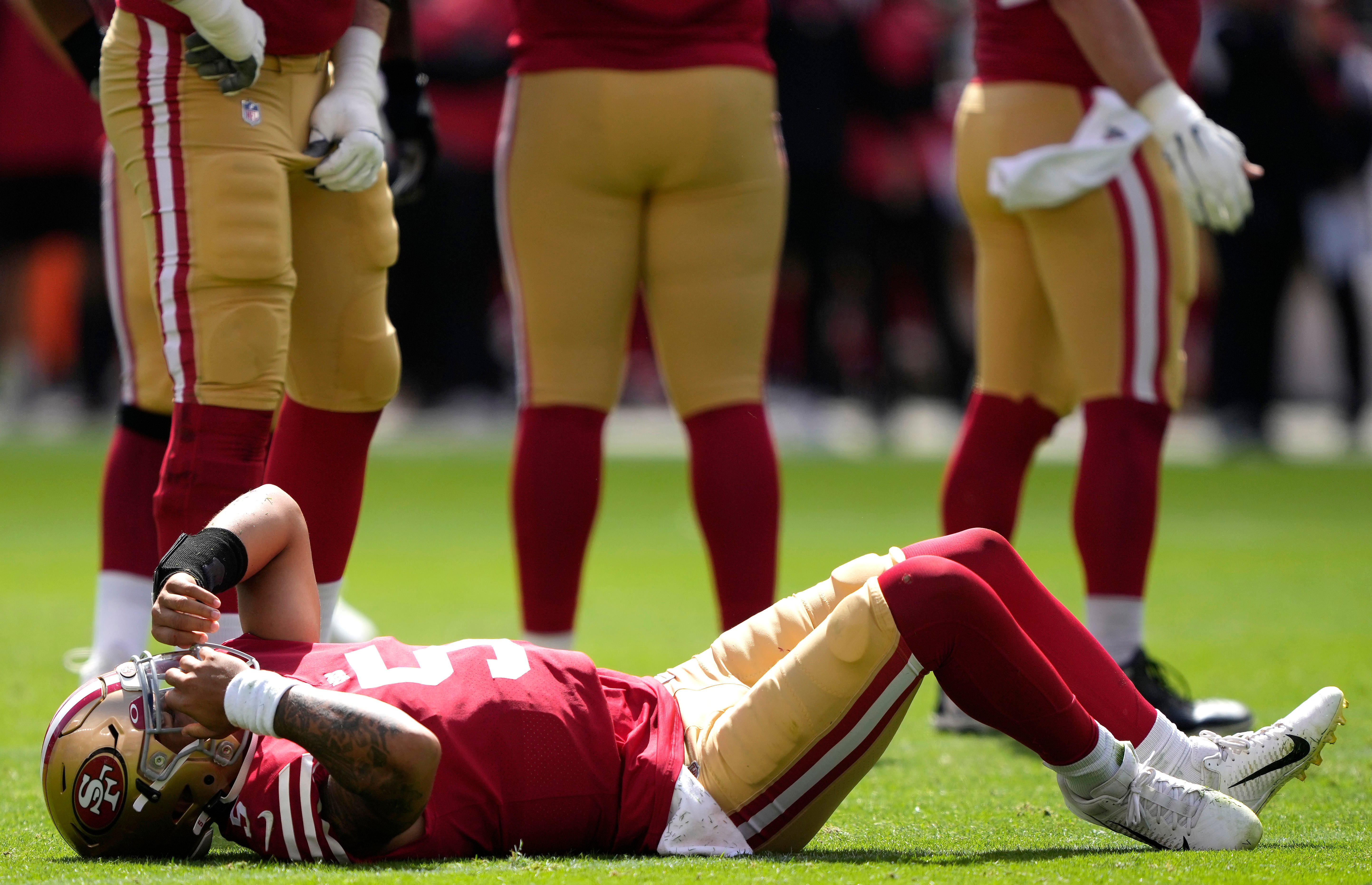 Welcome to the Monday edition of the Pick Six newsletter!

If the newsletter is only 40% coherent today, it’s because I’m still trying to process everything that happened in the NFL on Sunday. I mean, the Browns went full Browns and as we all know, no one should ever go full Browns. The only upside for the Browns is that no one in the AFC North is laughing at them because the entire division went full Browns: The Ravens blew a 35-14 lead in the fourth quarter, the Bengals let someone named Cooper Rush beat them and the Steelers’ offense set football back 75 years with its performance against the Patriots.

Anyway, we’ve got a lot of ground to cover today, so let’s get to the rundown.

As always, here’s your weekly reminder to tell all your friends to sign up for the Pick Six newsletter. To get your friends to sign up, all you have to do is click here and then share this link with them. Also, here’s another reminder for you: There are TWO Monday games tonight, so please plan your day accordingly (They kick off at 7:15 p.m. ET and 8:30 p.m. ET).

It’s Monday, which can only mean one thing: I stayed up until 3 a.m. last night recording a podcast with Will Brinson and Ryan Wilson that touched on everything you need to know about Week 2, and let me just say, it’s probably for the best that you listen. We covered all 13 games from Sunday, which means we likely spent some time talking about your favorite team.

One thing we do every week is hand out our weekly winners and losers from Sunday’s action. Here’s a look at who made our list.

Not only did we list our winners and losers, but we also recapped every game from Sunday. To listen to today’s episode, be sure to click here. You can also watch the entire episode on YouTube by clicking here.

Hopefully we won’t need to have an injury roundup every week, but there were so many injuries around the NFL over the weekend that we definitely needed one for today.

Here’s a look at the biggest injuries from Week 2:

Not only were there injuries on Sunday, but there were also a few ejections. The reason that’s notable is because ejections can sometimes lead to a player getting suspended.

The reason Evans has been suspended (and not Lattimore) is because the receiver has an ugly history with the Saints. In 2017, Evans was suspended for one game for making a blindside hit on Lattimore and the NFL takes into account your prior history when imposing punishments.

3. Week 2 grades: Browns get a ‘D’ for choking, Cowboys get an ‘A-‘ for beating Bengals

Every week I team up with six of my colleagues here at CBSSports.com to hand out grades, and this week, the Browns got a ‘D’ on their report card after somehow blowing a 30-17 lead over the final 90 seconds against the Jets.

Here’s a look at the grades from two notable games that were played Sunday:

As for the other 22 grades we handed out on Sunday, you can check those out by clicking here.

Every Sunday night, I get an email from our research department here at CBS Sports, and every Sunday, that email always includes some amazingly wild facts about the games that were just played.

With that in mind, here are eight crazy facts about Week 2:

If you see any other fun facts, feel free to tweet them at me.

5. Monday preview: Prepping you for Titans at Bills

For the first and only time all season, the NFL will be giving us TWO Monday games tonight. The opener will be kicking off at 7:15 p.m. ET in Buffalo. Believe it or not, this game will mark just the second time over the past 13 years that the Bills have hosted a Monday night game against a non-divisional opponent. The Bills were on the road in Week 1, so this game will serve as the home opener for Buffalo.

These two teams met on Monday night last season with the Titans shocking the Bills 34-31. Can they make it two years in a row? Let’s see who has the edge in a game where Buffalo is currently favored by 10 points.

If you’re thinking about betting on the game, Jordan Dajani has put together a full gambling preview.

You can check out Dajani’s full gambling preview by clicking here. Finally, if you’re wondering who we’re picking, here’s who we have tonight:

Over on our CBSSports.com picks page, six of our eight experts are taking the Bills to cover as a 10-point favorite.

6. Monday preview Part II: Prepping you for Vikings at Eagles

The second half of the Monday night doubleheader will be kicking off at 8:30 p.m. ET on ABC (Yes, ABC). Not many games in Week 2 gave us two 1-0 teams facing each other, but we’ll get that tonight. This is Philadelphia’s home opener and the Eagles are currently favored by 2.5 points.

My good buddy Jared Dubin gave us a deep-dive preview here at CBSSports.com, and here’s how he sees the game playing out:

If you’re thinking about betting on the game, Tyler Sullivan has put together a full gambling preview.

You can check out Sullivan’s full gambling preview by clicking here. Finally, if you’re wondering who we’re picking, here’s who we have tonight:

Over on our CBSSports.com picks page, six of our eight experts are taking the Eagles to win straight-up.