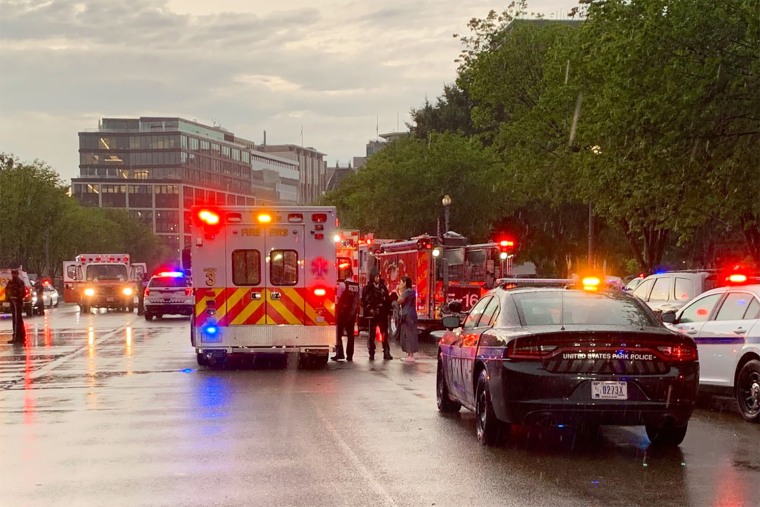 Four people were in critical condition Thursday night after an apparent lightning strike in a park directly across the street from the White House, local fire and emergency officials said.

The unidentified individuals — two adult males and two adult females — were transported to area hospitals in critical condition, Maggiolo said. He said it was unclear if their conditions have changed since being hospitalized.

Uniformed Secret Service and and U.S. Park Police officers had witnessed the lightning strike and began treating the victims before the arrival of fire and emergency medical personnel, Maggiolo said.

He added that it wasn’t clear if the individuals were related.

NBC News has reached out to the White House, National Park Service and Secret Service for comment.

Shortly before authorities responded to the incident, the National Weather Service had issued a “severe thunderstorm warning” cautioning that potential hail and wind gusts up to 60 mph could hit Washington, D.C.

Lafayette Square is north of the White House and frequented by tourists and protesters, as well as workers at nearby private and government buildings. The park was the site of a racial justice protest that was violently cleared by federal police officers in June 2020.

Zoë Richards is the evening politics reporter for NBC News.