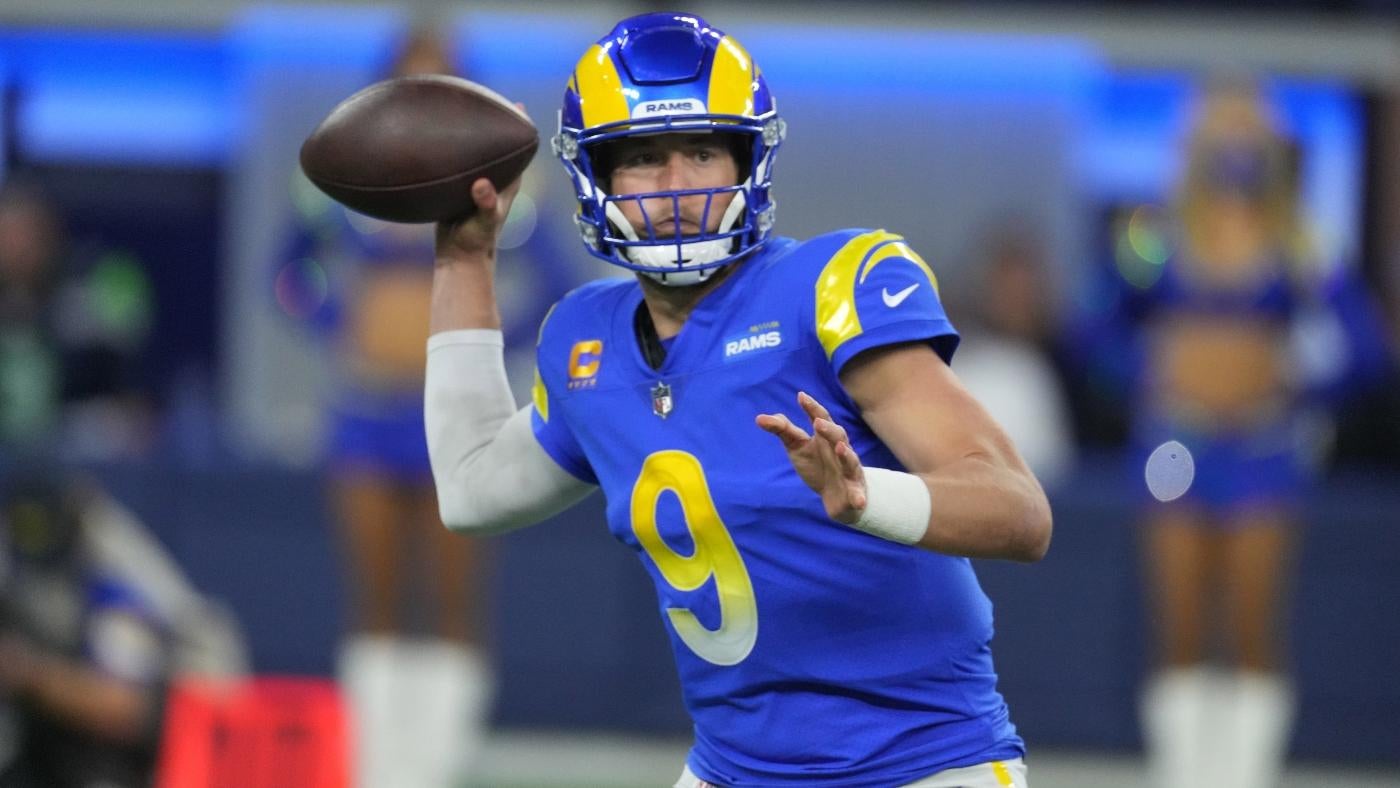 It, truly is, the best  — yes, best — ailment to infiltrate your mind. “Excitement-Induced Brain Fog” is back. What is it? It’s when you’re so ungodly excited for something — in this case, duh, the NFL season — you forget about the typical occurrences.

That phenomenon occurs at the start of every NFL season. Here’s the formula: too much anticipation plus a long time away from football equals fan EIBF.

EIBF will infiltrate TV rooms and NFL stadiums starting Thursday with Bills-Rams and continue through most of September. So, I’ve compiled everything you need to remember at the beginning of the 2022 season to combat the EIBF sensation.

[Samuel L. Jackson voice] “Hold onto your butts.” This will happen. Prepare yourself. Want proof? I got you.

In 2021, the Saints walloped the Packers, 38-3, you know the same Green Bay club that would win 13 of its next 16 games and land as the No. 1 seed in the NFC playoffs. In the COVID year of 2020, the eventual 1-15 Jaguars beat the playoff-bound Colts in a bizarre Week 1 contest that featured a single Gardner Minshew incompletion and a 2.4 yards-per-carry average for Jonathan Taylor. Very normal, right?

There was no landscape-shattering upset in 2019, but the Lions and Cardinals tied 27-27 in Kyler Murray’s first NFL game. Arizona scored six points through three quarters before erupting for 18 in the fourth, and Detroit linebacker Christian Jones dropped what would’ve likely been a game-sealing interception in overtime. On that same day, the eventual 11-5 Seahawks needed a fourth-quarter, Russell Wilson-to-Tyler Lockett touchdown strike to beat the eventual 2-14 Bengals, 21-20. Strange.

At the start of the prior season, the Buccaneers, who ultimately went 5-11, upended the 13-3 NFC North champion Saints, 48-40. Ryan Fitzpatrick averaged 14.9 yards per attempt (!) and had a QB rating of 156.3. The Saints would go on to finish eighth in Football Outsiders defensive DVOA, the all-encompassing efficiency metric.

So, if one score doesn’t exactly feel right in your football-loving bones in Week 1, it probably isn’t. One game always ventures through a gate into The Upside Down.

Hey, Ravens, Lions, Jets, Broncos, Jaguars, Giants, Seahawks, and Panthers — I have great news! At least one of you is going to win your respective division this season. For real! Not lying. History says so. Basically. In 17 of the last 19 seasons, this seemingly impossible phenomenon has occurred.

Remember too, it’s not always the most obvious choices to go from worst to first. How about last year, when the previously 4-11-1 Bengals went scorched earth on just about everyone down the stretch to win the AFC North, snuck past the Raiders in the first round of the playoffs, upended the No. 1-seed Titans in Nashville, then sent shockwaves through the sports world by erasing two 14-point deficits to beat the Chiefs in Arrowhead Stadium in the AFC championship.

Worst to first is going to happen. Buckle up!

Your team should be passing more

Yes, this has been the fundamental plea of the NFL analytics movement for a while now. It was included in last year’s article. But for as annoyed as you may be with it, it’s true. Your team needs to pass more this season. And it can start by doing so more frequently on first down. Strictly from a yardage perspective for qualifying backs, only five teams — the Colts, Seahawks, Eagles, Browns, and Buccaneers — had a positive EPA on all rushing plays.

Now, if new-age analytics are your thing, you probably know about Expected Points Added (EPA). If they aren’t, to summarize — it assigns points to plays relative to the expectation of that given situation based on all-time history. And “all-time history” is a rather large sample size, wouldn’t you say?

In 2021, there were 10 teams that finished with a negative EPA (a net loss for the offense) on pass plays, which, of late is actually a high number. Conversely, though, 27 teams had a negative EPA on run plays. Massive difference.

And don’t even get me started on first-down runs. I propose they’re erased from every offensive game-plan in the NFL.

Notice the difference in baselines between rushing and passing plays. It’s staggering. Only the Colts — with Jonathan Taylor and probably the league’s most pulverizing downhill offensive line — had a positive EPA on first-down rushing plays. Read that again.  Meanwhile, only five teams had a negative EPA on pass plays. That’s it!

I rest my case.

I mention this because oftentimes teams win a collection of close games, which of course leads to a quality record and the idea that said team is actually good. In reality, in almost every occasion, that team is not genuinely as good as its record. As the season progresses, it’s almost better to check a team’s point differential before its record. No disrespect, Bill Parcells. But clubs aren’t what their record says they are.

Let’s use the 2021 Bills as an example. They went a solid but unspectacular 11-6 during the regular season yet led the NFL in point differential at +194. Now, of course a bad bounce here or a miscommunication there in the playoffs and you’re out, and the latter is precisely what happened to Buffalo. But we all watched. That Bills squad was Super Bowl caliber. The point differential was a stronger indicator of the quality of that team than its record.

The Saints will have a chance to make NFL history, by beating all five “bird teams” this season

Giddy up. At no point in NFL’s long history has a team beaten all bird teams — the Eagles, Ravens, Cardinals, Falcons, and Seahawks in the same season. Of course, the scheduling cosmos need to align for a club to even have the opportunity to accomplish such a feat. Those cosmos have aligned to give the Saints the chance to do so this season.

Your team needs to use play-action more, regardless of its ground-game situation

The analytics community has parsed it out — run-game success has no correlation to play-action efficiency. Doesn’t matter how you run it — feature back only, running back committee. Negligible difference.

Last year, 28 out of the top 30 qualifying quarterbacks in play-action yards per attempt (YPA) had a higher YPA when utilizing play-action than when not using it. Of course, a drastic difference in sample size must be considered here. But, hello, offensive coordinators. Time to tap into the play-action section of the call sheet more frequently.

If we saw play-action more, would it be rendered essentially useless because it’s expected? No one really knows. But you should hope your team’s offensive coordinator tries to find the optimal usage rate this season.

There will be a bunch of new teams in the playoffs

In 2021, half the entire playoff bracket was new teams, clubs that did not qualify for the postseason the year before. In 2020, there were six new playoff teams. That’s close to the normal average in recent history. So “chalk” represents right around half the postseason field every season. Adjust your season predictions accordingly.

Now, having read this article, you have completely fought off Excitement-Induced Brain Fog. You’re good to go. Enjoy every second of the 2022 season.